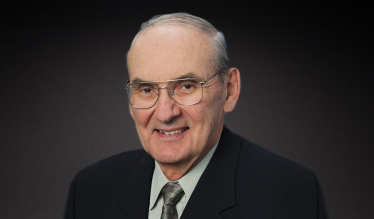 Manny is the co-editor of WellnessOptions

Dr. Manny W Radomski, PhD, received his BSc, MSc and PhD at the University of Toronto in biochemistry/physiology. From 1984 to 2001, he was the Director General of the Defence and Civil Institute of Environmental Medicine (DCIEM) of Defence Canada.

Other positions he has held include: Scientific Advisor to Chief of Air Staff, Defense Canada; the Canadian Air Senior National Representative in the collaborative research agreement with the United States Air force; a board director of the Canadian Defence Research and Development Executive Committee; a member on the NATO Research and Technology Agency/Human Factors and Medicine (RTA/HFM) Panel; the Canadian National Leader of the “Human Resources and Performance Group” of The Technical Cooperation Program (TTCP); a board director of the Institute for Space and Terrestrial Science of the Ontario Government’s Centres of Excellence; an advisory board member of the International Scientific Committee on Blood Substitutes and the Harsh Environments Initiatives International Advisory Board (Newfoundland) of C-CORE.

He is former Editor-in-Chief of the Undersea Biomedical Research Journal. He is a member of the scientific committee of the Polish Hyperbaric Research Journal; and serves as a referee for the Aviation, Space and Environmental Medicine Journal among other scientific journals.

He has published on diving and aerospace medicine, human performance and protection, stress endocrinology, sleep and sleep deprivation, tropical medicine, and circadian disorders.

He has served as the Chair of the Board of Directors of a long-term care health facility in Toronto, and is co-editor of WellnessOptions.