Ixcela commissioned a study with Charles River Laboratories in February 2015 to investigate the outcome of dietary supplementation in mice. 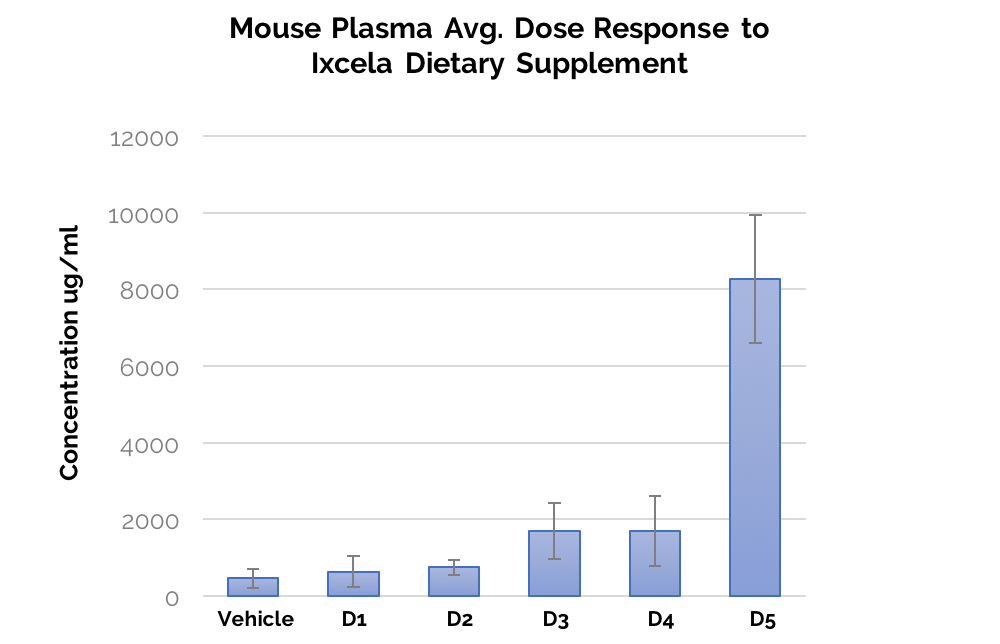 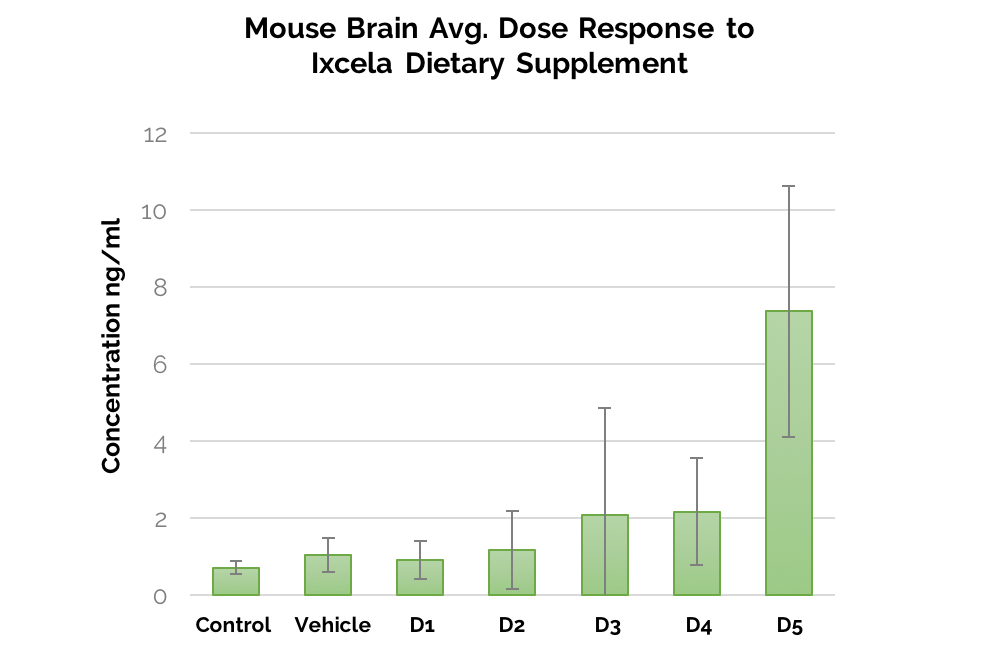 Based on the progress made by our scientists in isolating our proprietary compound from a natural food source, Ixcela commissioned a study with Charles River Laboratories in February 2015 to investigate the outcome of dietary supplementation in mice. The study concluded there were no adverse effects to the dosing and the treatment was well tolerated in this cohort.

Extensive analysis was then further conducted by our scientists using the mouse plasma and brain samples from the Charles River Laboratory study. The samples were analyzed using the LC-ECA technology developed by our Chief Scientific Officer, Wayne R. Matson. The result of this testing was proof of concept showing that dietary supplementation of our compound could be increased in both plasma levels and brain levels.

This finding is of great importance because of the increasing scientific evidence highlighting our compound as a key regulator of both gut health and brain health.