In this study, we utilized Ixcela's technology to detect blood-based biomarkers in sailors participating in America’s Cup 2017 as part of ORACLE TEAM USA. 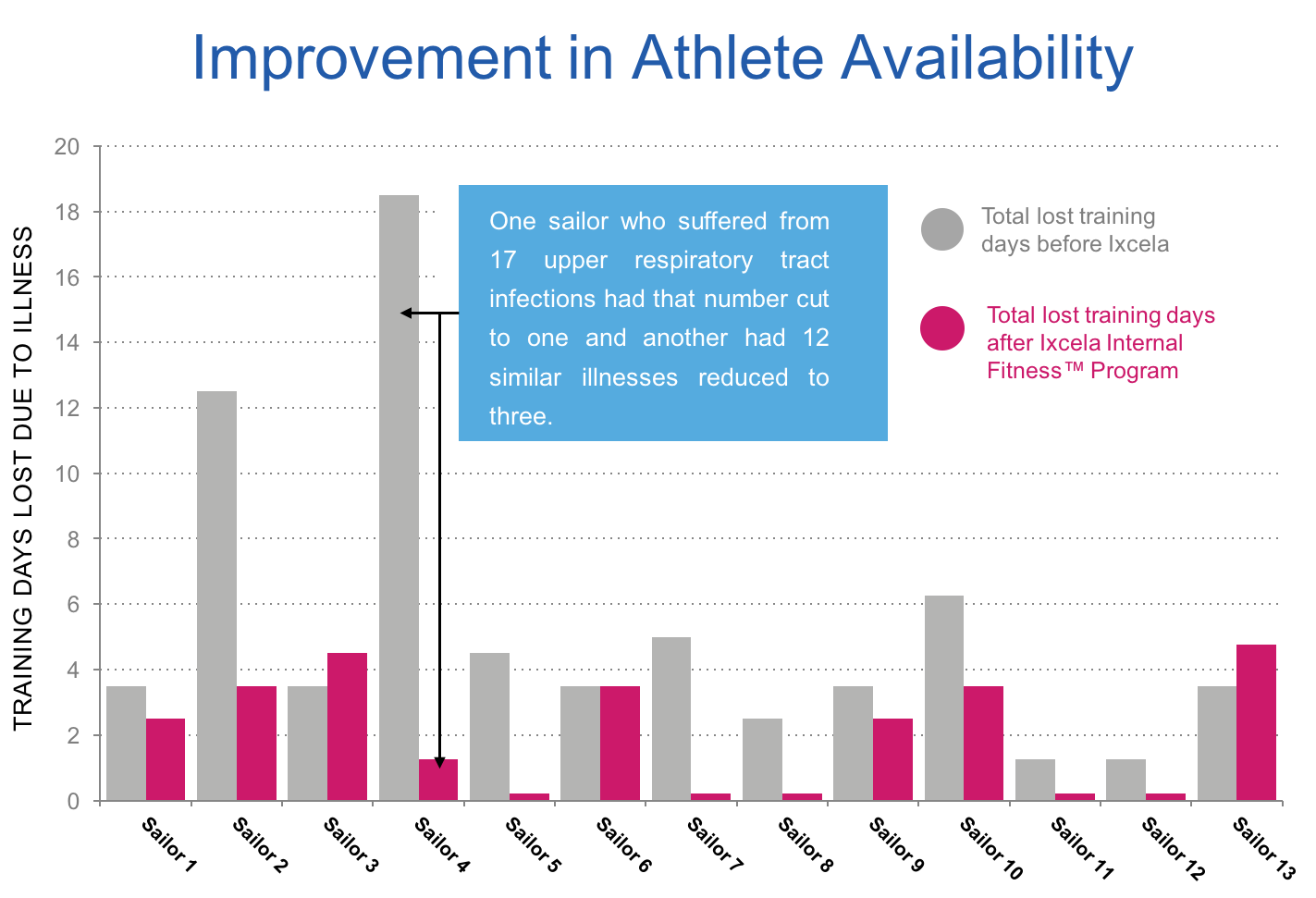 Professional athletes are routinely subjected to strenuous exercise and endurance training, which induces a wide range of muscular and systemic reactions in the body. Prolonged and intense physical activity significantly alters metabolism, immune response, gut permeability, and level of oxidative stress. The gut microbiota has increasingly been shown to be vital for a host of functionalities such as nutrition, digestion, development and regulation of the immune system, as well as its effect on the central nervous system.

Given the gut’s role in functions altered by exercise, there has been growing interest in exploring the ability of the gut to monitor and modulate effects of strenuous activity to both prevent injuries and improve performance.

In this study, we utilized electrochemical detection coupled with high-performance liquid chromatography (HPLC) to detect blood-based biomarkers in sailors participating in America’s Cup 2017 as part of ORACLE TEAM USA. The objective of this study was to employ Ixcela’s metabolite detection technology followed by dietary changes and probiotic supplementation to monitor and modulate levels of blood-based biomarkers correlated with gut health, in an effort to improve internal fitness and performance of ORACLE TEAM USA sailors.