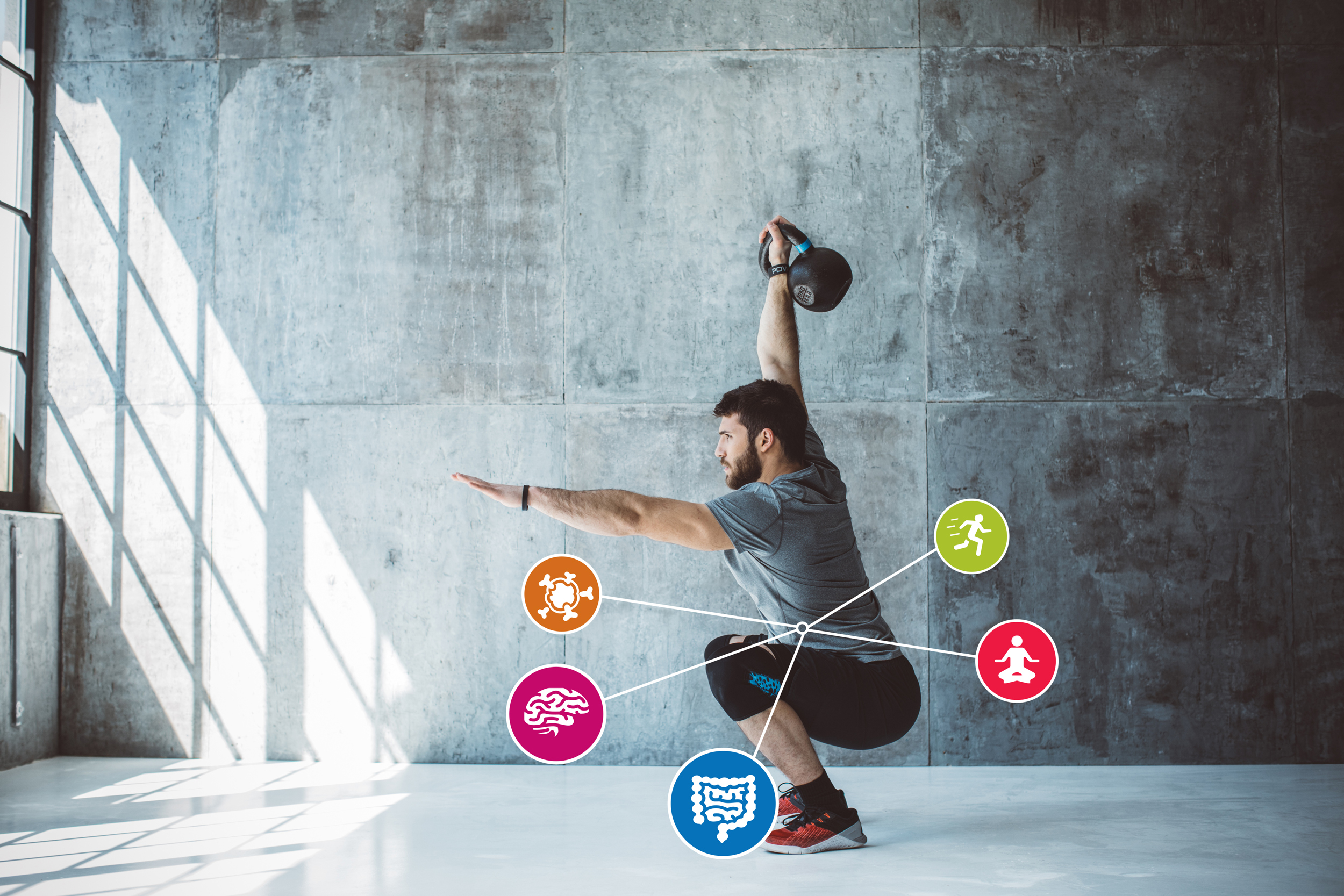 Our microbiome includes countless different species of microbes in varying proportions. These microbes interact, compete, and busily release various substances that are implicated in weight control, inflammation, immune responses, atherosclerotic cardiovascular disease, and many other aspects of health.

Most studies show that our microbiomes tend to be relatively stable, but it’s important to note that the gut microbiome changes with our lifestyles. Diet clearly affects the makeup of a person’s microbiome, as does illness, certain drugs, weight, stress, and many other factors.

Past studies have shown that endurance athletes typically have a different collection of microbes within their intestines compared to sedentary people. A recent study examined if exercise could change the composition and activity of our gut microbes to improve our health and metabolism over time.

In an earlier animal study by the same scientists, one group of lab mice was allowed to run while a second group could only sit around most of their adult lives. Gut microbes from these groups of mice were then transplanted into germ-free mice, whose guts could easily incorporate the new, transplanted microbes.

After the microbiomes were established in the germ-free mice, scientists exposed them to a substance that can cause tissue irritation and inflammation in the colon. The scientists found that the mice with gut microbes from the runners were better able to resist and heal tissue damage and tamp down inflammation than those with transplanted microbes from sedentary mice.

In the new study, scientists wanted to establish if exercise would likewise affect the functioning of microbes in humans. They tracked the gut microbes of people who undertook an unfamiliar exercise routine. Thirty-two people, half obese and half normal weight, who did not regularly exercise, were recruited. The men and women began supervised workouts, during which their efforts increased over time from about thirty minutes of easy walking or cycling to about an hour of vigorous jogging or pedaling three times per week. Stool samples were collected and analyzed at the beginning of the study.

The volunteers were asked to maintain their normal diets. After six weeks, the scientists collected more samples and retested everyone, and then asked the volunteers to stop exercising altogether. Six weeks later, the tests were once again repeated.

The investigators found that the exercise-induced alterations of the gut microbiota diversity were dependent on the participant’s obesity status.

After exercise, most of the volunteers had larger concentrations of short-chain fatty acids (along with the microbes that produce them) in their intestines. These increases were greatest among the volunteers who had begun the experiment lean compared to those who were obese. Interestingly, exercise-induced changes in the microbiota were largely reversed once exercise training ceased.

The scientists concluded that exercise training induces compositional and functional changes in the human gut microbiome, which are dependent on obesity status, independent of diet, and contingent on the continuation of exercise. They also noted the widespread increases in certain microbes that can help to produce short-chain fatty acids with exercise. These fatty acids are believed to help in reducing inflammation in the gut and the rest of the body. Short-chain fatty acids also fight insulin resistance, a precursor to diabetes, and otherwise bolster our metabolism.

Findings of this study suggest that even a few weeks of exercise can alter the makeup and function of our gut microbiome and cause positive health benefits. To see ongoing benefits, exercise regimens must be continued and adopted as part of a healthy lifestyle.