Stress and Gut Health: Choosing the Yoga Mat Over the Prescription Pad 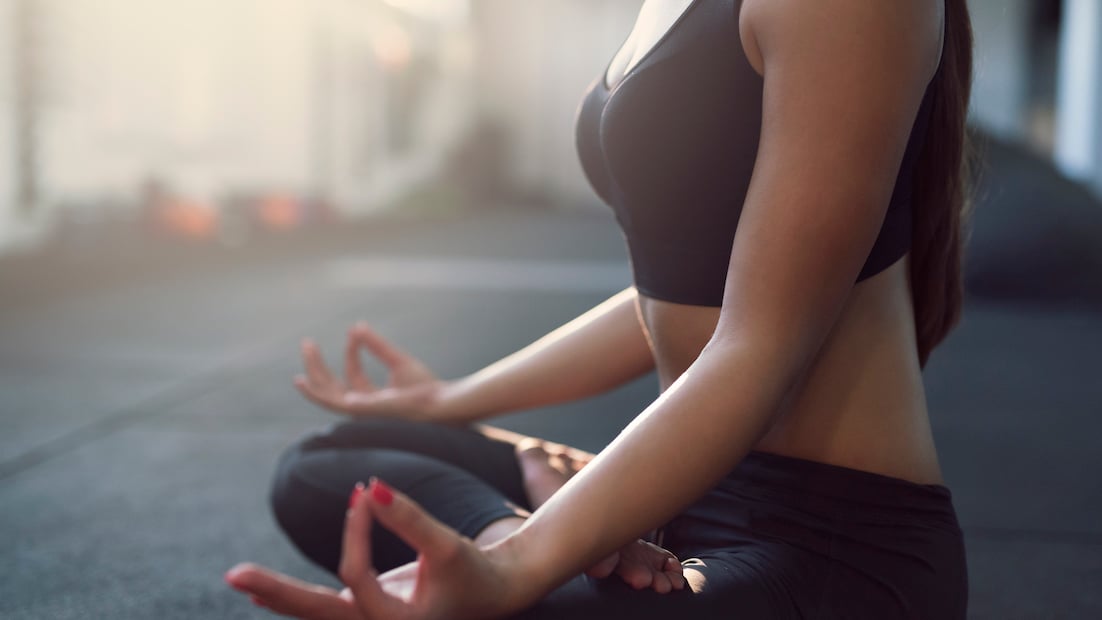 When you think about depression and anxiety, do you think about the gut? Growing gut microbiome research has shown that tiny microbes in your gut talk to your brain via the vagus nerve. This communication pathway is referred to as the gut-brain connection.

Your state of mind complements your gut health due to the strong gut-brain connection, and evidence shows that this connection is bidirectional. Gut microbes communicate to the central nervous system through several signaling pathways. These pathways allow for a constant communication between the gut and the brain.1

This relationship is made clear as we connect gastrointestinal (GI) disorders, such as inflammatory bowel disease (IBD), Crohn’s disease, ulcerative colitis, irritable bowel syndrome (IBS), and gastroesophageal reflux disease (GERD), with emotional struggles like depression and anxiety. Food allergies and sensitivities also have a direct link to emotional health. Furthermore, research has shown that chronic mental illnesses such as major depressive disorder, anxiety, and PTSD can all affect the GI system.

You may have heard about the autonomic nervous system (ANS) in the brain. The ANS is responsible for controlling organ and gland function, and is divided into two parts: sympathetic (fight or flight) and parasympathetic (rest and digestion). Similarly, the digestive tract has its own nervous system called the enteric nervous system (ENS), which is found on the walls of your gastrointestinal tract. The gut receives signals from the brain via the autonomic nervous system. The most significant nerve that connects the gut and the brain nervous systems is called the vagus nerve. Traveling along the vagus nerve are tiny molecules called neuropeptides and neurotransmitters.3 Examples of these tiny molecules are gamma-aminobutyric acid (GABA), serotonin, and brain-derived neurotrophic factor (BDNF).5

Various studies have shown that multiple bacteria, including Lactobacillus, Bifidobacterium, Escherichia, Enterococcus, and Trichuris, produce these neurotransmitters and neuropeptides. Each of these molecules has an important function, but serotonin is the most studied for mood disorders. Gut microbes regulate 90% of the body's serotonin in the colon and in the blood.6

Serotonin is the major hormone associated with mood regulation, and lower levels of serotonin have been correlated with depressive symptoms. Through several interventions, it has been seen that yoga and yogic practices such as breathwork and meditation are linked with improved serotonin levels. 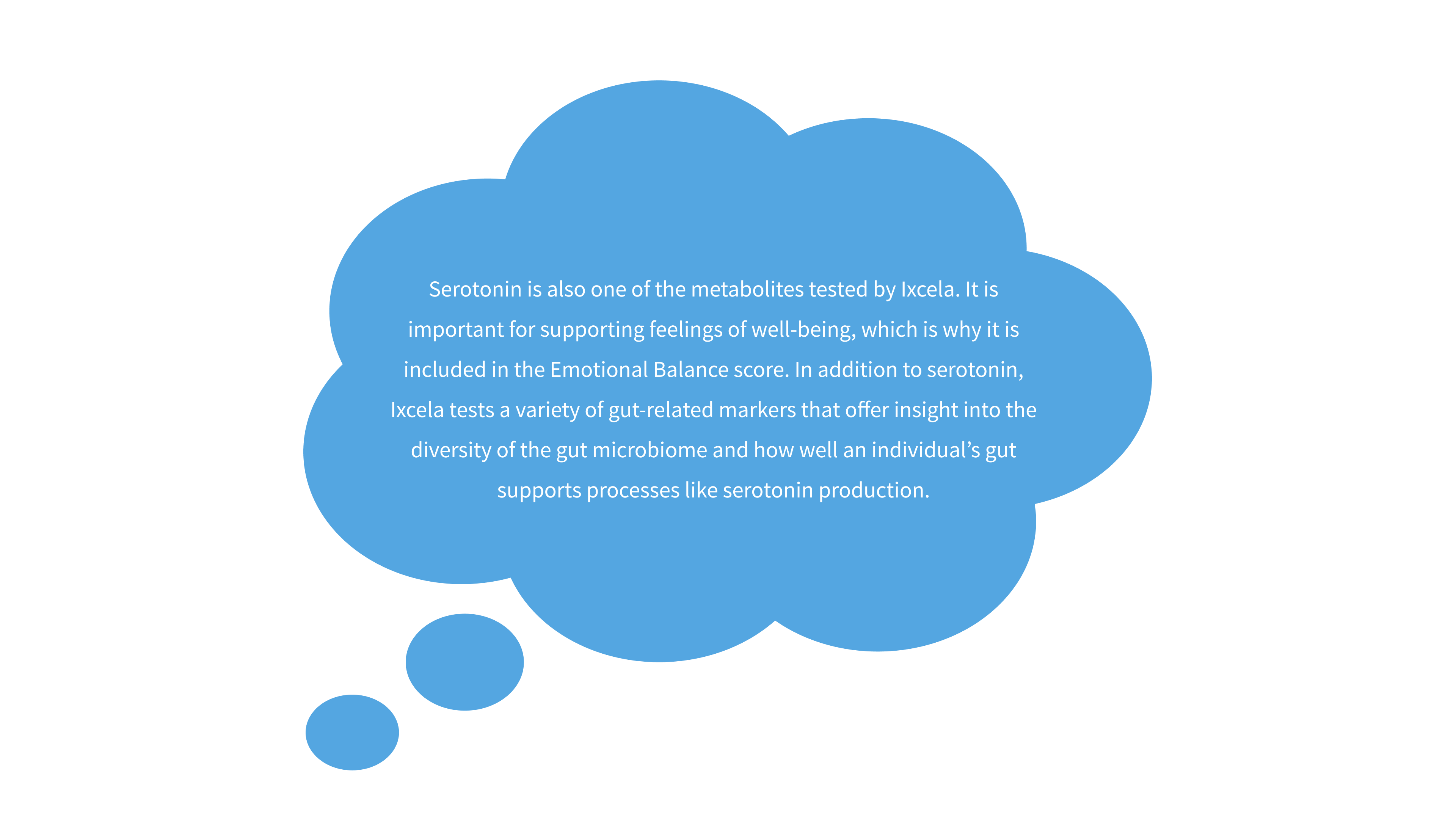 
Yoga for Health and Healing

“Yoga allows you to rediscover a sense of wholeness in your life, where you do not feel like you are trying to fit broken pieces together” —B.K.S. Iyengar

B.K.S. Iyengar, one of the earliest yoga instructors, is the founder of Iyengar Yoga, a practice invented to help all levels of yogis experience the benefit of yoga.7

In a nine-week study at Massachusetts General Hospital, breathing and meditation practices were noted to repress the harmful protein complex arsonist (NF-kB), which is responsible for inflaming the immune system and the GI tract. Your state of mind plays an important role in balancing the gut-brain axis, which is why mind-body practices like yoga and meditation are associated with stress relief and depression management.

When most people think of yoga, they envision a set of deep stretches or a variation of high-intensity interval training. However, the benefits of this ancient mind-body practice have been seen in various chronic illnesses, including emotional disorders and GI diseases and disorders. Yoga interventions have been shown to be helpful in the treatment of gut issues like IBS and GERD, as well as mental disorders like stress, depression, and anxiety.8 Therefore, yoga offers a non-pharmacotherapy treatment option, and has provided positive effects on gut microbiome that correlate with reducing depressive symptoms.

Myriad studies have shown the positive effects of individual yoga practice on patients with gastrointestinal disorders, stress, anxiety, and depression. A yoga practice that includes a combination of postures, breathwork, and meditation can lower stress levels and improve gut health, the cardiorespiratory system, and overall body function.

During chronic stress, the body’s natural mechanism of fighting stress becomes disrupted and leads to underactivity of the parasympathetic nervous system (PNS), which is responsible for rest and digestion. Consistent yoga practice (at least 15–20 minutes per day) helps in managing stress. Therefore, through yoga, we are able to relax and sequentially correct the PNS activity.9 Once the PNS is able to function efficiently and perform its task of providing the blood to the endocrine glands, digestive organs, and the lymphatic system, the body will also be able to efficiently eliminate toxins. Because the PNS is also responsible for digestion, through its proper stimulation we are able to more effectively digest and absorb nutrients from food.

Stretching and twisting the abdomen not only moves and contracts internal organs, but it also provides an awareness and mindfulness of the body. This movement pairs relaxation with exercise by providing rest and increased blood flow to the abdomen, which can mitigate abdominal distension and pain.10 The movement and breathing of yoga massages and exercises your internal organs, creating natural contractions that support the health of your organs.

(f) Viparita Karani with wall support/legs up the wall

Complete a meditation in Yoga Nidra or Savasana (Corpse Pose)

Practice each pose with awareness and focus on your body. To avoid injury, beginners should practice under the guidance of an experienced yoga teacher. Stay in the moment with positive thoughts focused on improving your gut health.

Yoga requires consistency, and with daily practice you can physically and mentally experience a profound impact on your gut and your mental health.

https://www.frontiersin.org/articles/10.3389/fpsyt.2018.00044/full?fbclid=IwAR3PA3EFjHZPgy0zsChJWyJMyVGkKyPM7SN7UDb2vCTuOCl97Ob2SQabkRo (Vagus Nerve as Modulator of the Brain–Gut Axis in Psychiatric and Inflammatory Disorders)